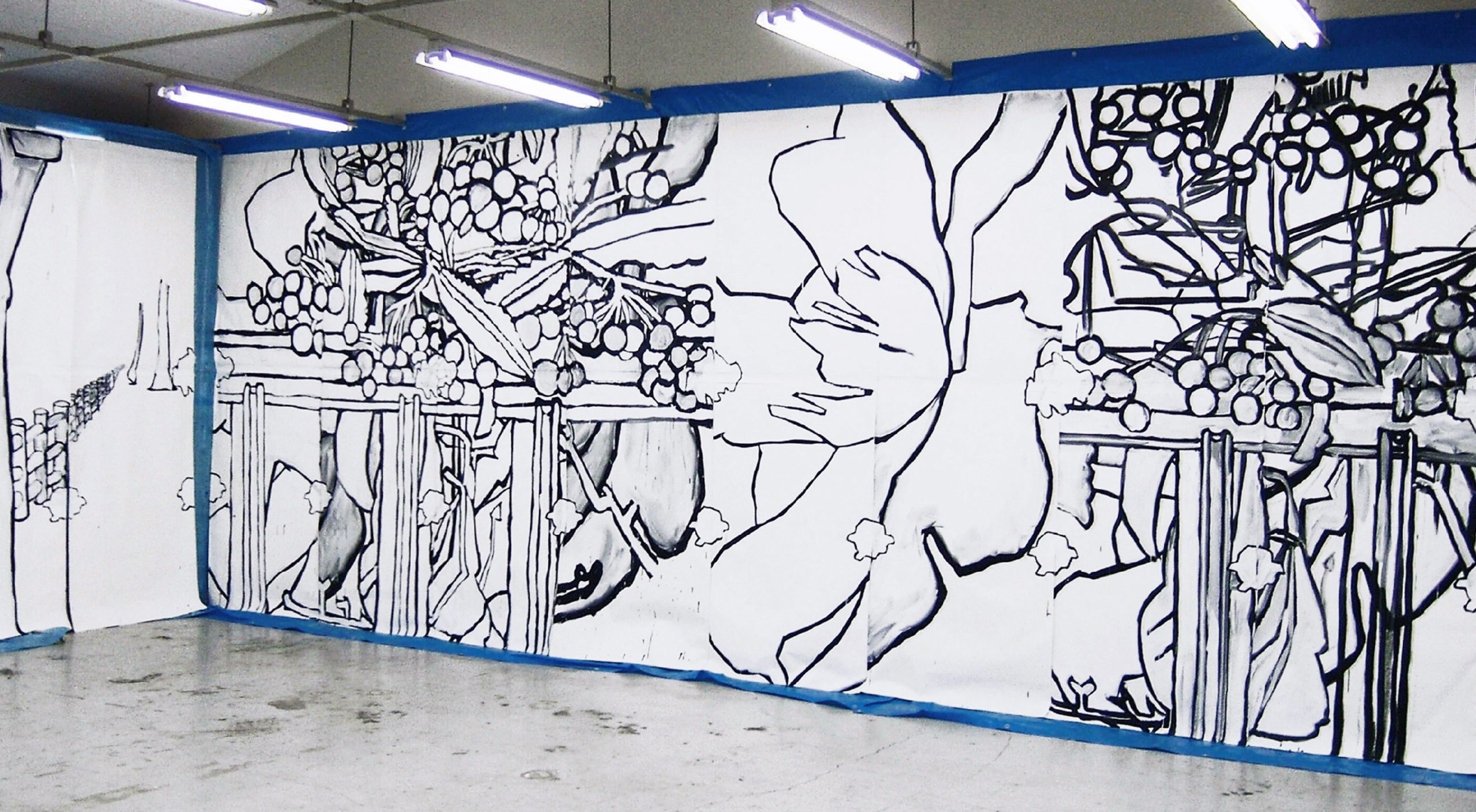 This series begins with me collecting samples of familiar sights via such forms as sketching and photographing. Though the contents may differ for each work, those samples, for example, are transformed into motifs and depicted on the support so that they overlap, similar to sounds that overlap within a given period of time. Repetitively painted motifs turn into symbols and are composed so that they function like a graphic notation. The symbols that derive from the respective motifs can represent various different sounds. Thus, if the symbols were to be repeatedly played with an instrument, they would become a repetitive piece of music.

Some simple rules, as follow, are necessary for a viewer to decipher my graphic notations:
1. Decide what sounds are to be applied to each motif in the painting.
2. Decide whether the time represented horizontally proceeds from left to right, or vice versa. Then apply loud sounds to large motifs, and soft sounds to small motifs.
3. The symbols for high-pitched sounds are drawn in the upper part of the painting, and those for low-pitched sounds are depicted in the lower part.

These rules are not strict, fixed rules.

In addition, in comparison to traditional landscapes and still-life paintings, the unique forms of my paintings make it easier to convey senses of smell and life that can be perceived from beyond the surfaces. This feature is one of the unique elements of this series. 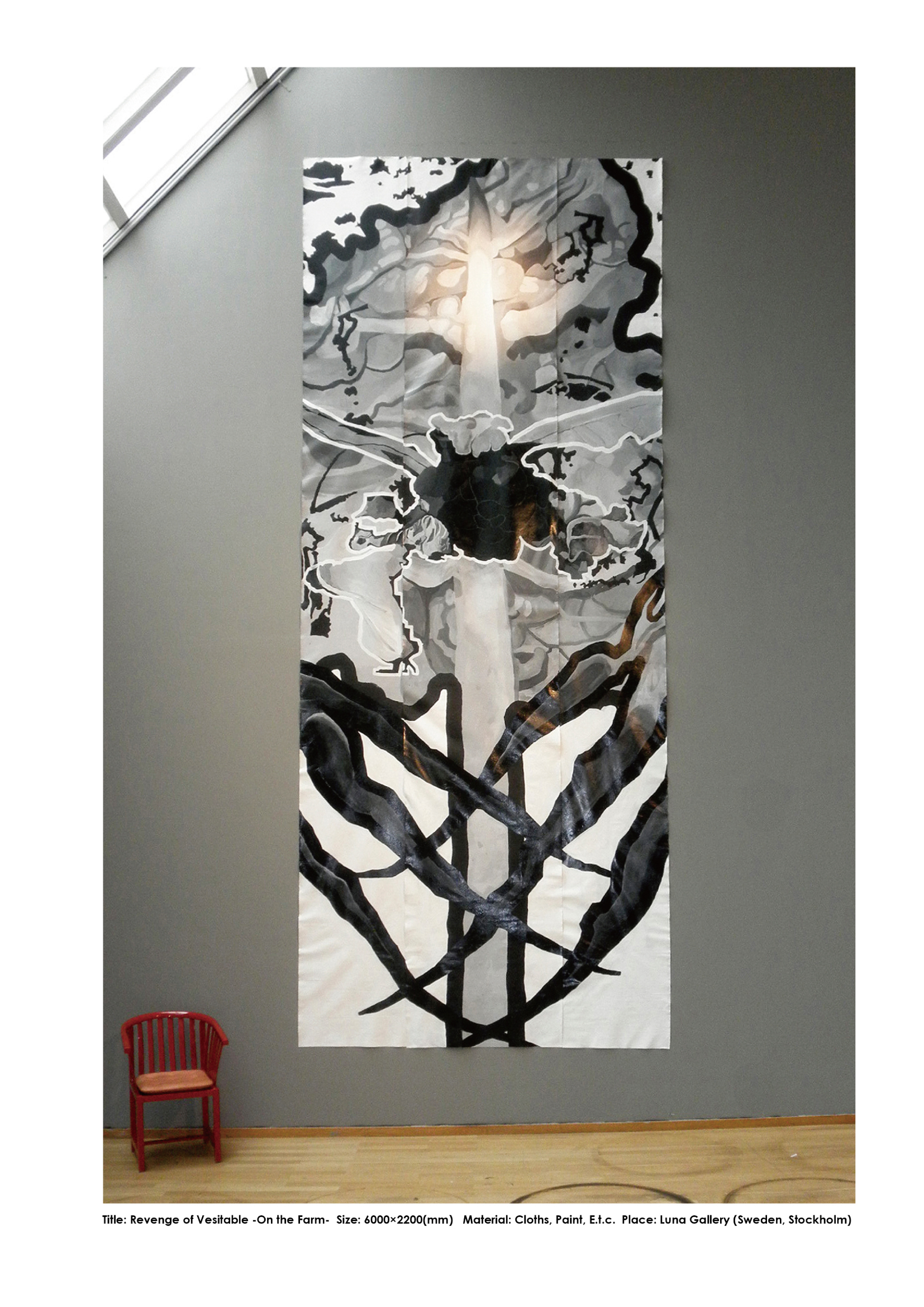 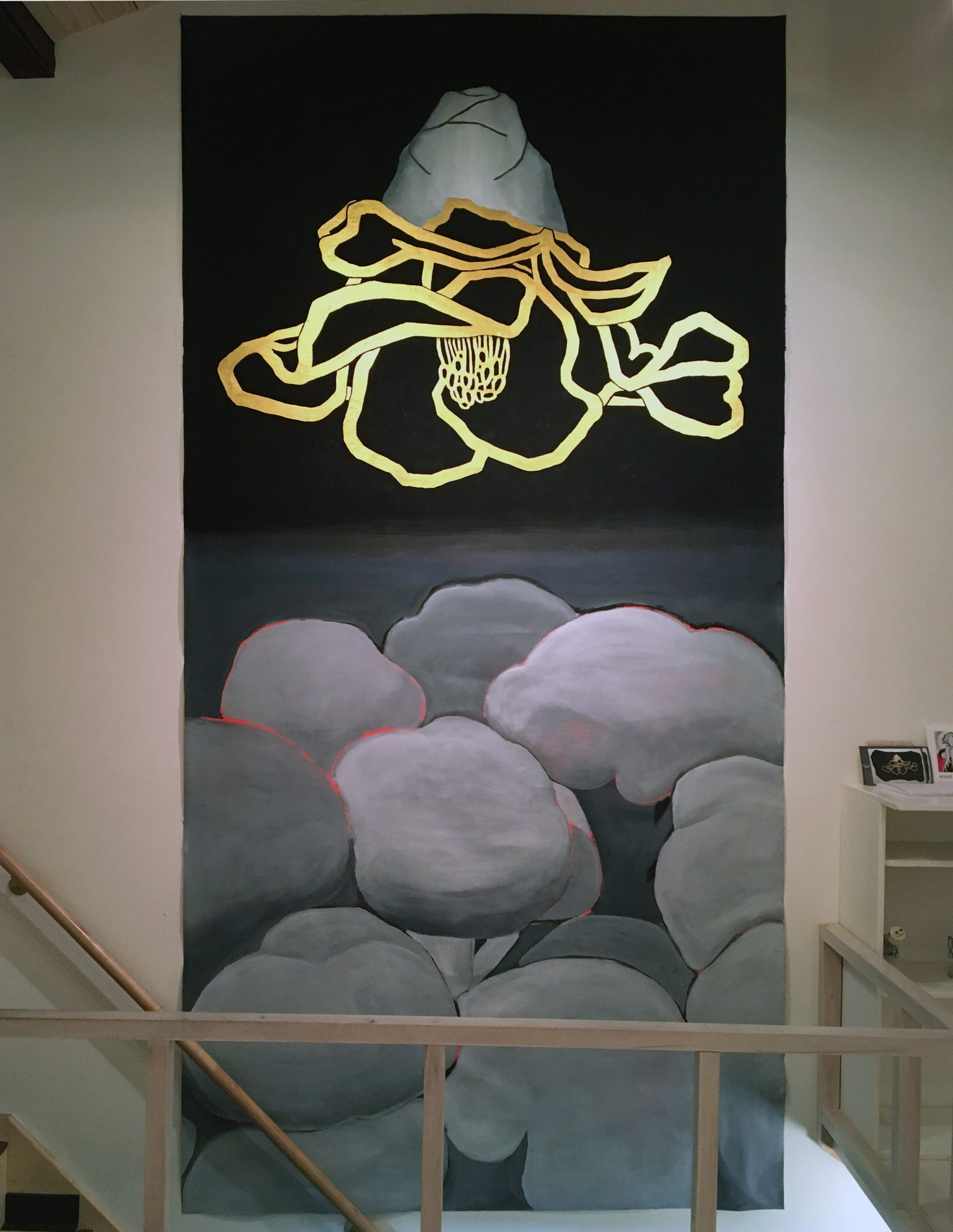