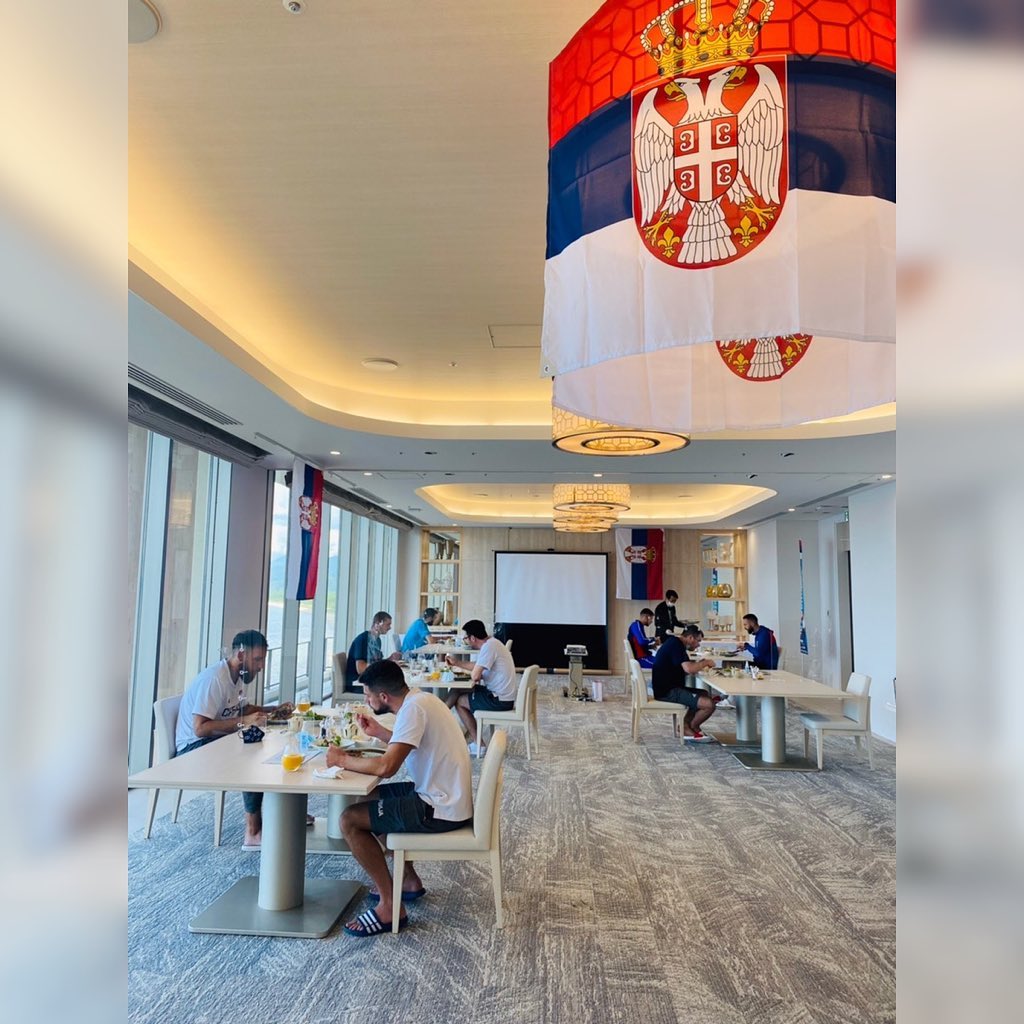 At the 2021 Olympic Games in Tokyo, I supported the meals of the 3x3 men\'s basketball national team representing the Republic of Serbia.
I coordinated a Serbian food menu at a pre-camp in Karatsu City, Saga Prefecture. 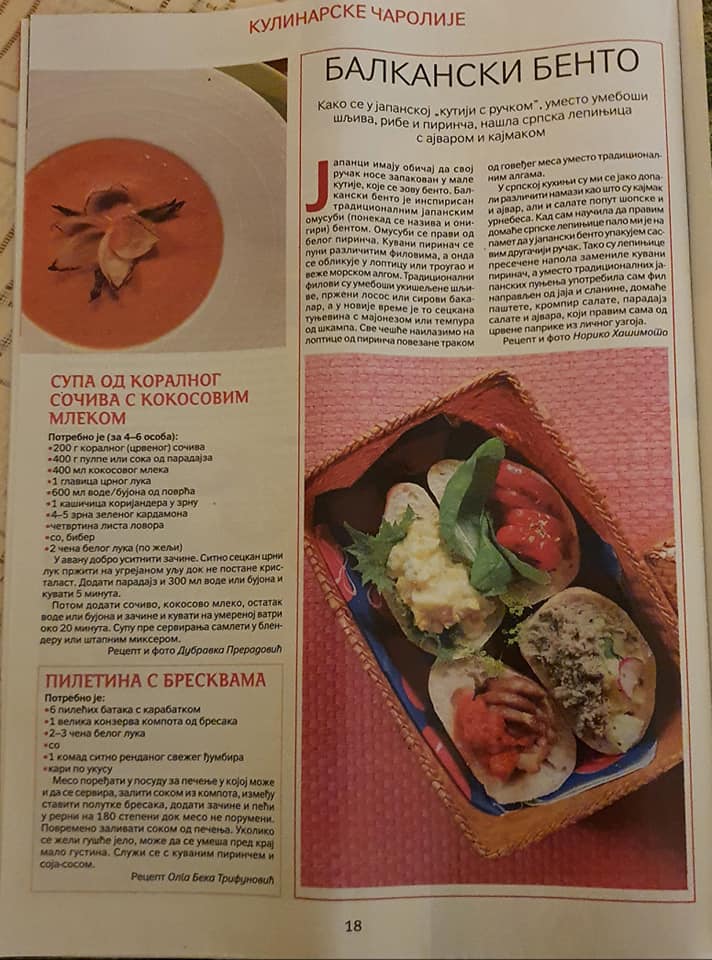 An article introducing the „Balkan Bento“ which I created was published in the Serbian magazine „Politika“ published in September 2020.

How to make Balkan Bento：
Japanese people carry their lunch in small boxes called „Bento“.
Inspired by Japanese „Omusubi Bento“, „Balkan Bento“ is made by packing side dishes in lepinja.
Cut lepinja half and make hole. Then put inside anything you like. On that day I put 1.Salata od Jaja 2.paradajz salata 3.Jetrena Pašteta i Krompir Salata 4.Slanina i Ajvar.
Sometimes I put Čevapčići into it, too.


What is „Omusubi“.
„Omusubi“ (sometimes it called „Onigiri“, too) is a Japanese traditional food which which made from white rice.
We usually put filling in the center and shape the rice into a round or triangle shape and wrap with sea weed.
Traditional fillings are pickeld plum, grilled salmon, kelp, cod roe and so on.
Nowadays we have more variety of filling such as flaked tuna mixed with mayo and Tempura shrimp are popular. you can also find rice ball wrapped by sliced beef not by sea weed.
I think I can put ajvar or urnebes in it, too. 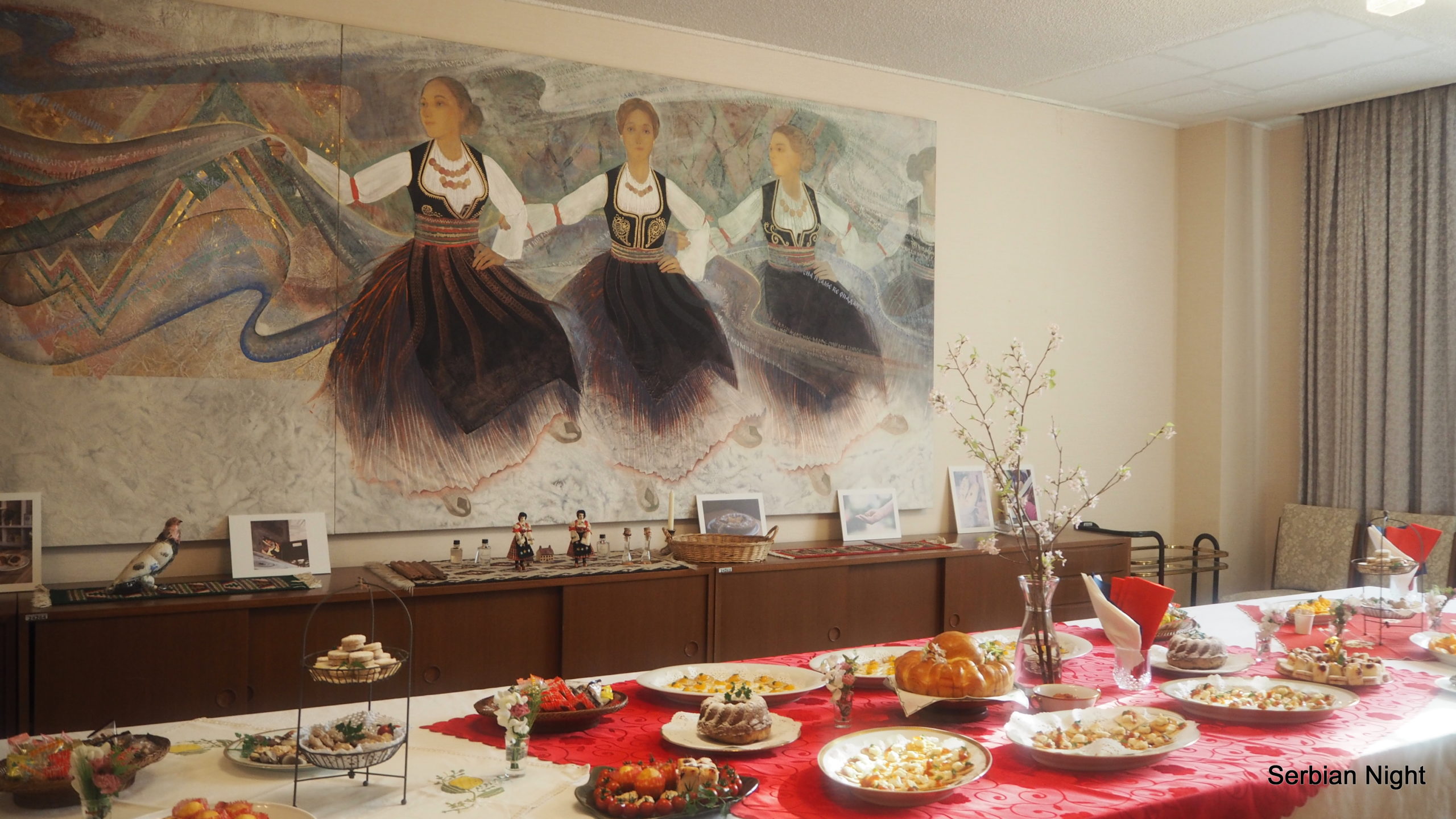