Formed in 2006 with Junya Noguchi on guitar and vocals, Keisuke Koyano on bass guitar, and Hideaki Yamada on drums. Performing as a three-piece, its tracks are made through a process of editing, replicating, and deliberate error. This music creates a sense of distortion and places a burden on the performers, leading to their characteristically stoic and humorous live shows. In recent years, the band has attempted to construct and implement a form of live concert in which they go back and forth between playing multiple simultaneous songs in parallel, but the flow of time as a whole manifests as a single unified rhythm. 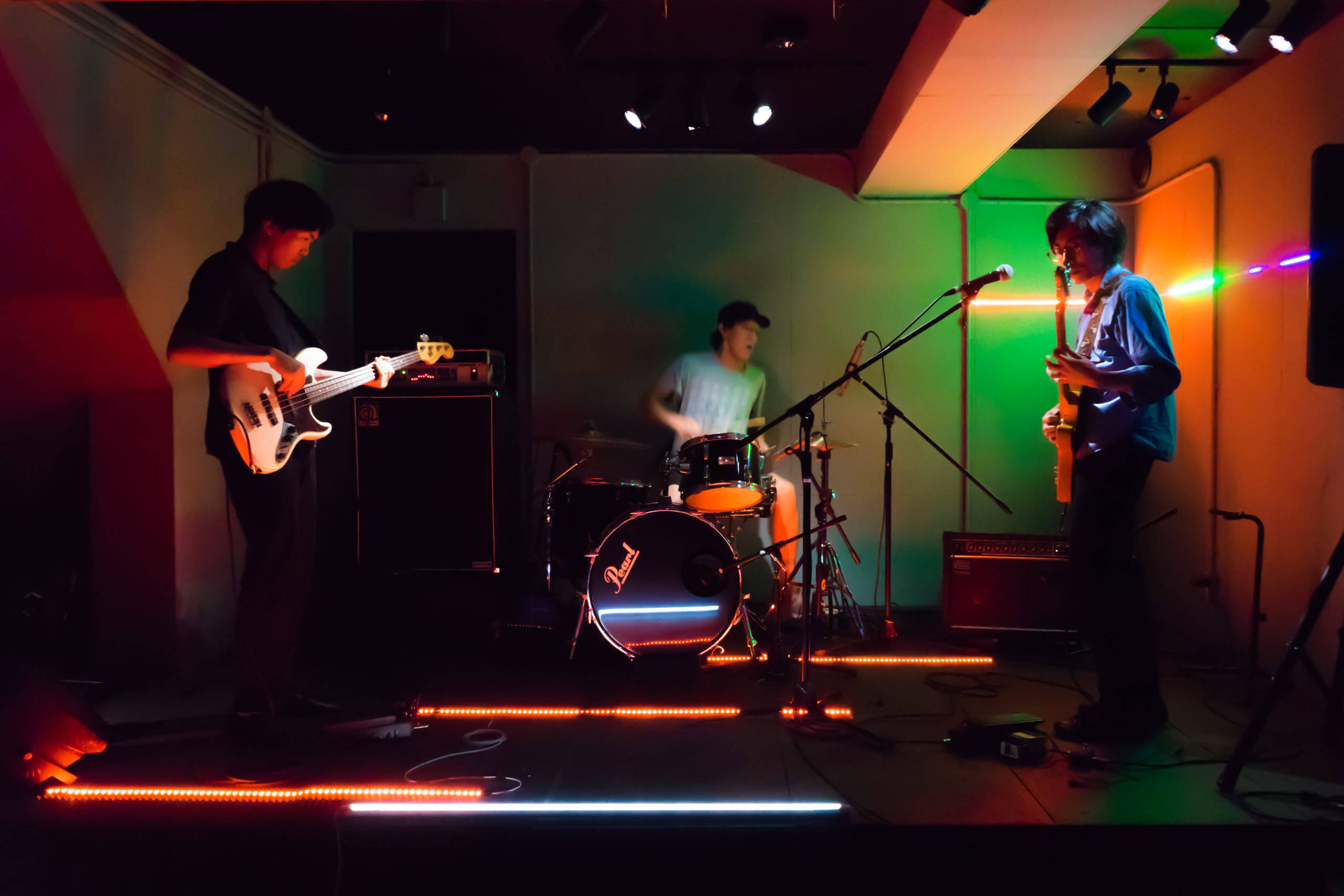 A an hour-long musical piece, originally presented in 2017. "This music consists entirely of shocks. It is not bound by the limits of media. It is not divided into units of time that cannot exceed a few short minutes, nor does it contain melody as a unit of time. At first, I tried to count along as I listened, but I gave up almost right away. This is music that is impossible to grasp by using those methods." Hiromichi Hosoma (Behavioral Scientist and Musician)