Rakugo – The Art of Japanese Story-Telling The Japanese stage art of rakugo is not very well known in Europe. Europeans are used to stand-up comedy, but rakugo actors/ comedians are different. The only thing common is that the comedian is alone on stage, but he kneels on a cushion and does not move for the entire length of the story. All he uses as props are a fan and a handkerchief called tenugui. But the fact that this Japanese stage art is so different to the European theatre and comedy tradition does not mean Europeans cannot understand and enjoy it. There are hundreds of rakugo stories, some to make you laugh or yet others are moving and make you cry. Today, there are only 700 “rakugo-ka” (rakugo actors) in the whole of Japan today, mainly in the Osaka and Tokyo areas. Most Japanese outside these two cities never really have a chance to see rakugo live. The rakugo-ka only uses two props and he doesn’t change costumes either. In the bat of an eye he turns from a precocious child, to a dumb country boy, a sly prostitute, a rowdy craftsman or a strict wife. Just like the Italian Commedia dell’Arte rakugo has its own set of characters that appear again and again in the many stories. How these characters are interpreted however depends totally on the actor. Each actor interprets the stories differently, often reacting on the spot – depending on the audience, the season, his mood and the atmosphere in the theatre – the actor will chose one of the stories in his repertoire. So even if the audience knows the story, it does not get bored. Since 2011, Rakugo without Borders has taken different performers to Europe once or twice a year. All of them experienced performers whose Tokyo shows sell out hundreds of tickets within minutes. Naturally, no tour is happening in 2020, but we are already looking into online shows to support rakugo-artists during the Covid-19 pandemic. 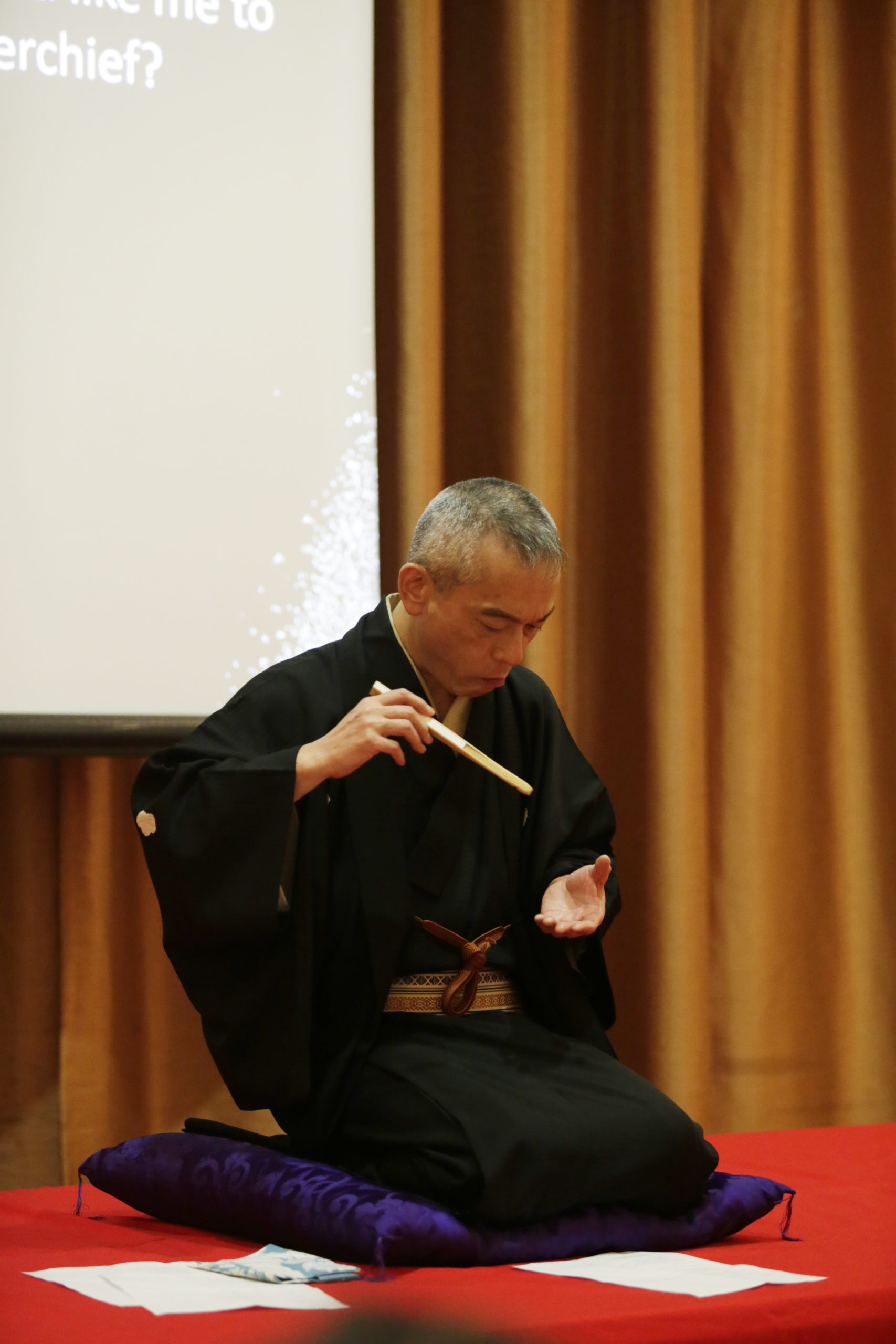 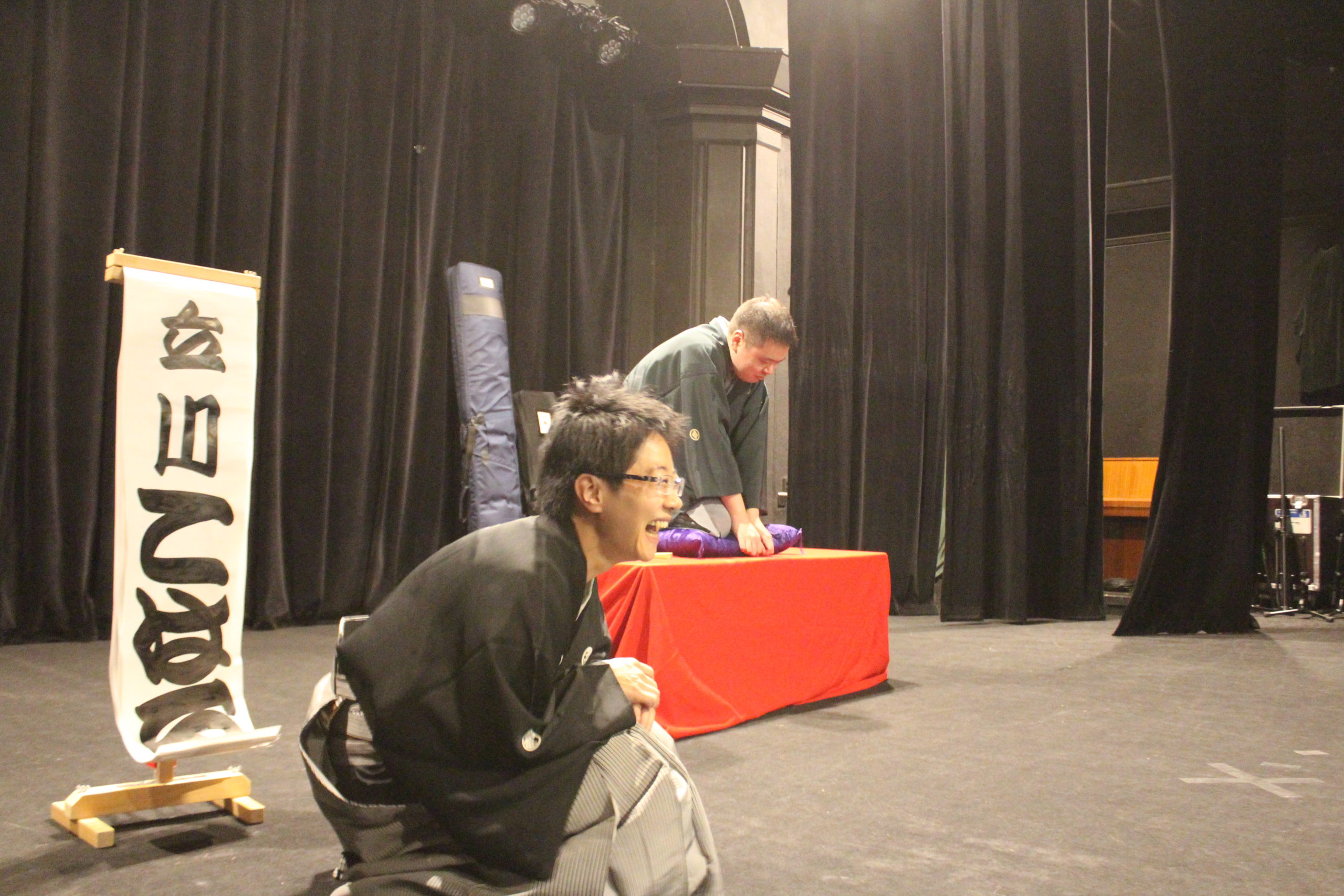