Founded in 1927, Yamamoto Noh Theater is the oldest existing Noh theatre in Osaka, designated as a Tangible Cultural Heritage of Japan. The theatre hosts and organises various events, mostly in the field of the Japanese traditional and classical performing arts. Yamamoto Noh Theater combines traditional architecture with modern technology, such as LED lighting and multilingual subtitles, thus entertaining and educating not only a broad Japanese, but also international audience. One of the theatre’s main goals is to present the Japanese classical Noh drama as a still living and relevant ancient performing art. Since 2010, Yamamoto Noh Theater has been introducing Noh outside Japan annually, with more than 30 performances and 40 workshops carried out in countries such as Bulgaria, Romania, Slovakia, France, Finland, North Macedonia, Albania etc. The theatre has been collaborating with local cultural and diplomatic institutions. 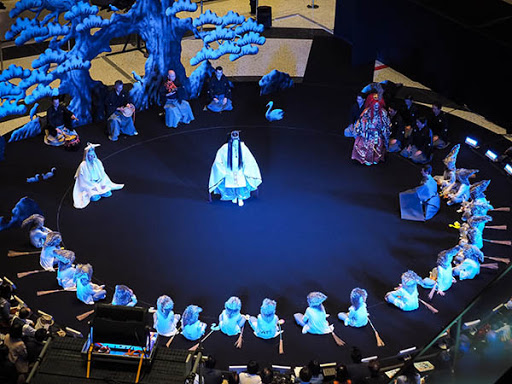 New Noh play \"The Fairy of Water\", performed on many occasions in Japan and Europe. The play was created as a means to promote UN\'s Sustainable Development Goals.