I had played soccer for 12 years, so I played a game as a player or some times watched a game on TV. On TV, I usually don't watch players who don't have a ball, which is the most important, because the camera focuses on the ball. Also the same can be said for the media, like gossip show. They simplify daily things, but we regard them as if we got the whole information. The other information is forgotten as inconvenient things. I have expressed “An inconvenient truth by making works of art consistently on the theme of “Rule and Manner in my daily life. It is a common problem for people who live in the same generation and concern with arts, to turn our attention to wonders lurk in our daily life. I believe that my artistic behavior acts, not only as individual but also as social communication. Artist of the work is not only to open the exhibition. Not only artist make art. I want to try investigate, not “what art I want to do but what I can do through art. 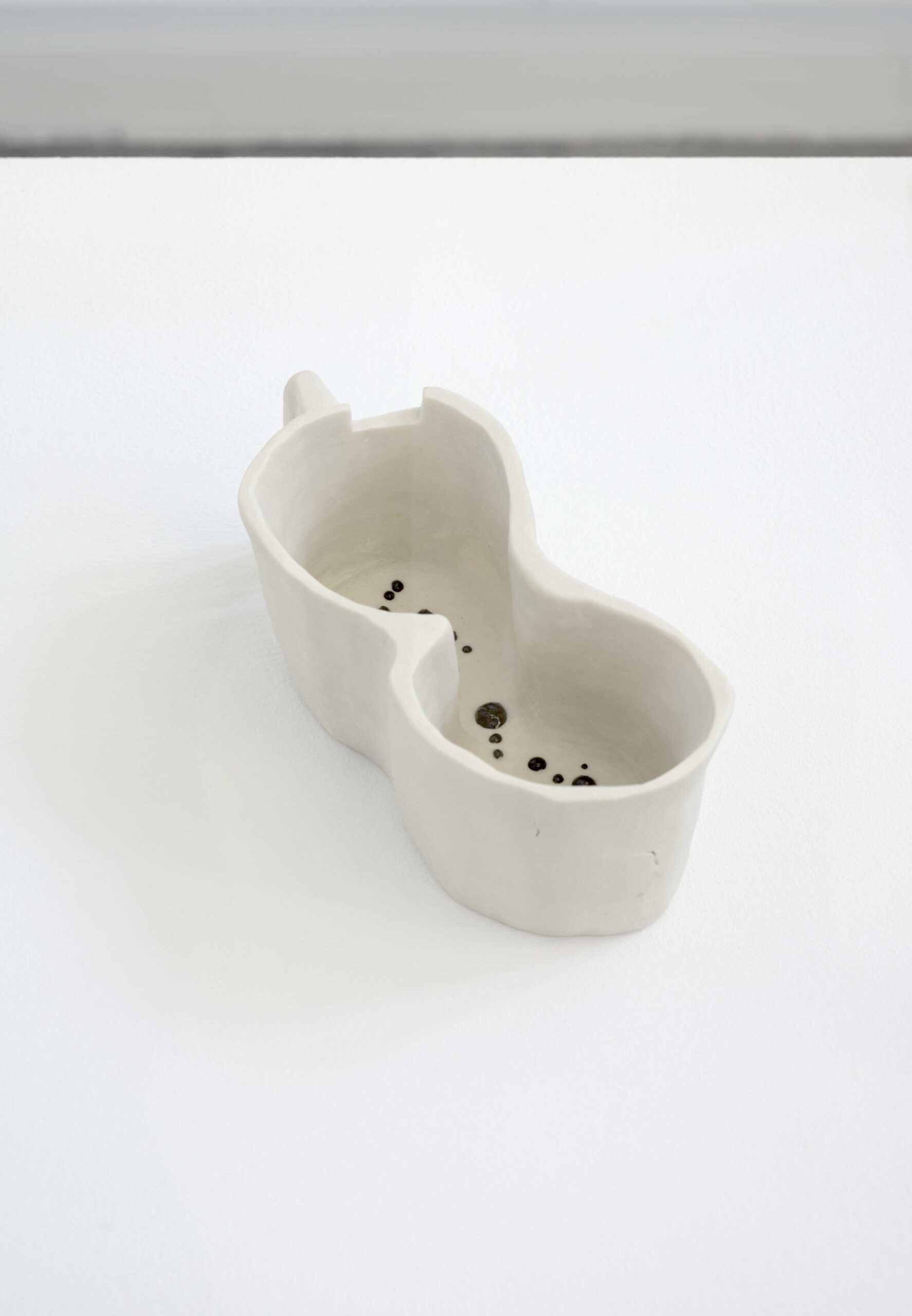 About 13,000 years ago there was a volcanic eruption in Mendig, a city in Rhineland-Palatinate. In the over time, the rainwater collected in the crater and turned into Laacher See, a 3.3km 2 caldera lake.

In May 2019, I had the opportunity to stay there to get to know the landscape, natural phenomena and the life of the local residents. After these, for the first time I had the feeling that I was part of the world. We take this obvious fact is rarely true, because we live in a comfortable environment - unless we are struck by natural disasters or similar.

I bring a piece of volcanic rock from Lake Caldera to Hamburg, look at it attentive and think about the earth. The earth is also made of rock and consists of many Layers. By analyzing the individual layers in detail and tracing the time axis, you can learn a lot about the state of the environment and events on Earth in the
respective periods experienced. Next, I think about tools that we humans have at the end of this timeline earth appeared, created. For example about mug cup. The act of transporting water or the purpose of a mug has not changed since ancient times, but the one used material has changed over time and history has become with the change of material written. ( Stone, Wood, Bone, Copper, Tin, Bronze, Iron, Glass, Plastic ).

There are also glasses for special drinks, such as Kölsch glasses, only designed for one beer that is in one city is popular. I was told that the Kölsch glass was designed so small, despite that of the short stays business negotiations could be held quickly since Cologne in the Roman times was a stopover for the transport of goods to other destinations.

I like the surprise you get when you encounter something strange. For example one day I ordered a cup of double espresso. The store employee prepared it for me an almost ridiculous method: he took a portafilter with two spouts put two small ones cups underneath, finally poured the coffee from the two cups into a large cup and gave it me. Filling two small cups into one large cup seemed very cumbersome to me; on the other hand, I assumed that exactly this method and the different sized cups nowadays belong to the act of drinking coffee.

This thought / feeling was the starting point of this work. From such experiences, I have made from volcanic rock, the oldest material on earth the center of the earth was ejected, a cup was made that fits the tool that the 20th century (portafilter with two outlets).

With this work I wanted the visitors of the opening a double espresso as offer a welcome drink. Because of the
cup shape you would have to share with someone else drink. Try something out with a stranger you have never met before, new ones to initiate encounters among the visitors - these were my thoughts on this work.

In July 2020, I took the cup that was actually used for this purpose to the Laacher See brought back. Since gas is still being emitted from the surface of the earth, it may be that there will be another volcanic eruption in tens of thousands of years. I wish that then in the lake submerged cup reappears on the surface of the earth and in the hand of someone who holds it is able to \"cross\" the time axis again.
-
Porcelain, Volcanic rock, 12.5 × 6.3 × 6.4 cm 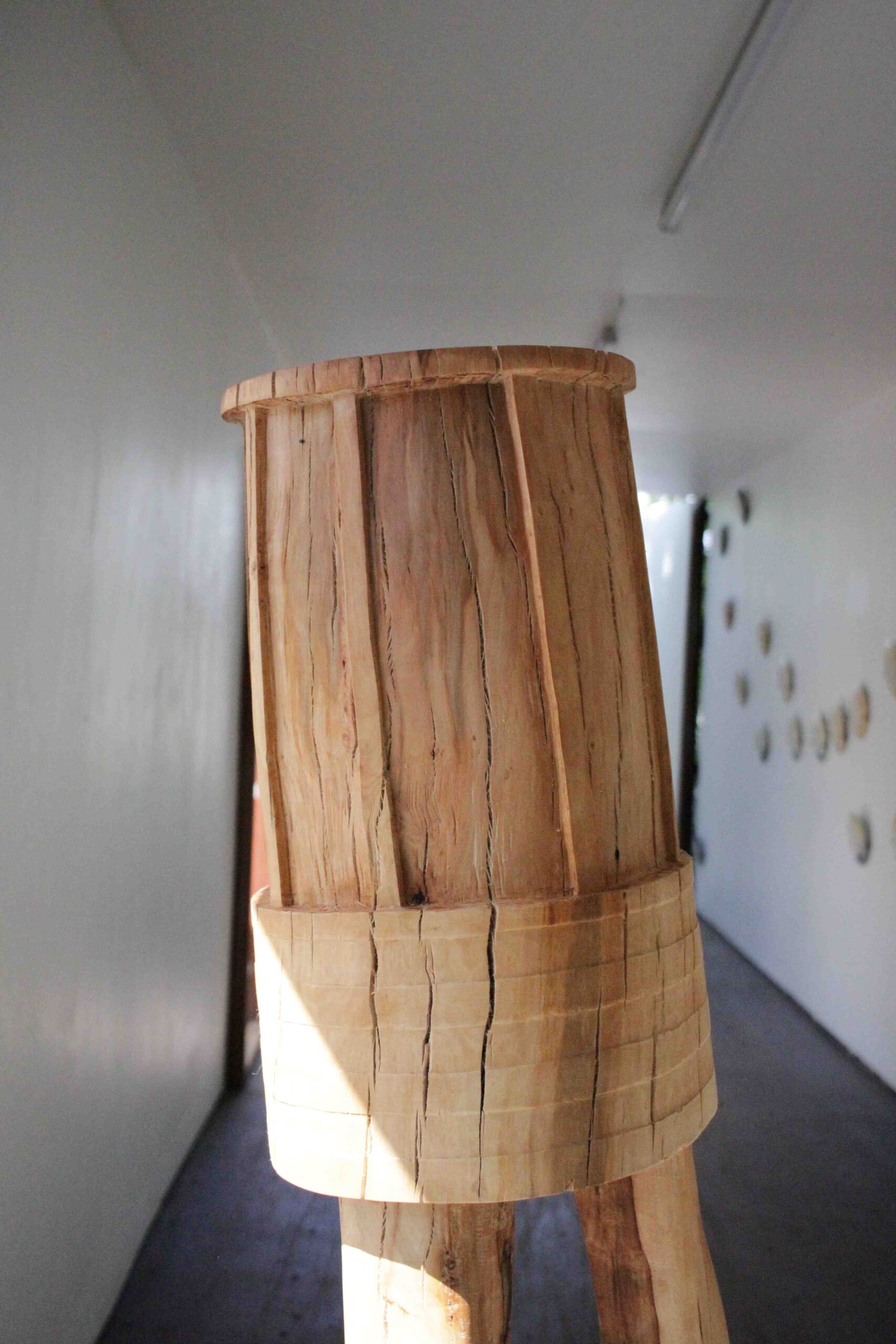 A 10 day trip where I carried around an abstract landscape painting that I found on the streets of Copenhagen in 2018 and asked people I met in the city, "Where is the landscape depicted here?" It is the content that has turned the description into a sculptural work. At that time, 14 people were teaching me a particular place, but none was like the other, and when I visited the place where I was being taught, it seemed like I was walking in their memory. In this exhibition I have expressed the fragility and fragility of memory and the transformation of the landscape carved in wood through dry cracks.
-
Chestnut tree, Olive oil, 182×42×45 cm 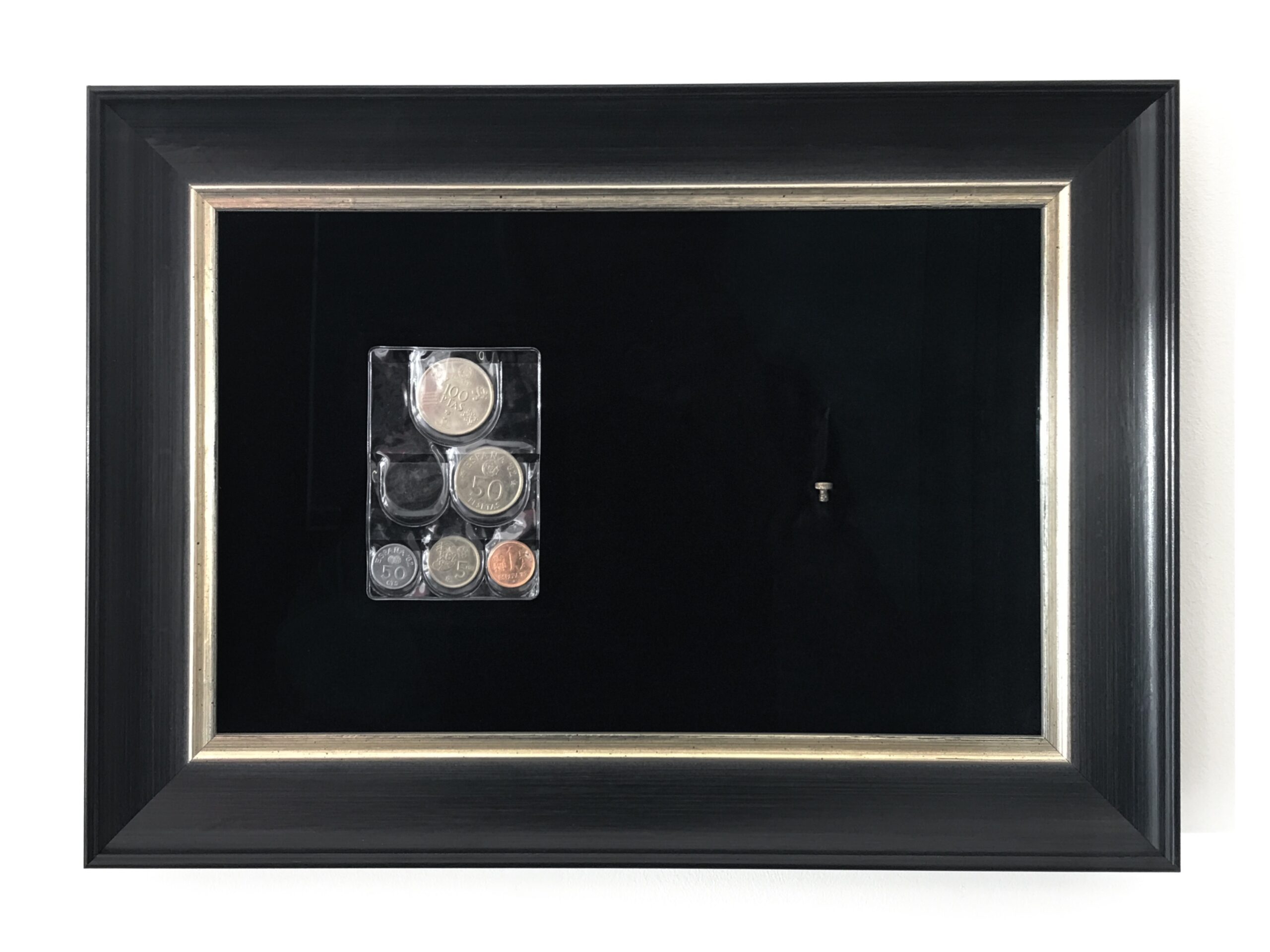 We used coins made to commemorate the 1982 World Cup, before Spain joined the euro. This is because Spain has been using euro coins as a unit of currency since 2002, and the pesetas previously used cannot be used or redeemed, but are commemorative coins, even though they are treated as a monetary system that has lost its function. This is because I started production to add value to the coin. For example, coins have a value chain as the 1000 yen note is recognized as the value of 1000 yen and the 10 yen as the value of 10 yen no matter where you go in Japan, but a memorial to the loss of that value . By melting the coins and making only the part of the valve that is used to inflate the football, he posed the question of the value chain.
-
Coins from Spain World Cups 1982 ( Copper, Nickel, Alminium,Magnesium ), 42×34cm