I'm an architect and an artist, a producer. I have been drawing three-dimensional “Story pictures" using buildings and towns as canvases. My works are completed when people's activities enter them. “Story pictures" have been drawn since ancient times, such as the Tale of Genji, and such world view has been expressed in performing arts. I am researching ways to expand this philosophy and technique to urban spaces. Ever since I was a child, I had been immersed in the imaginary life that I lead in the house while seeing the house blueprints in the newspaper inserts, and sometimes I went on a journey of imagination while looking at the contour lines on the map. Finally, I have acquired the art of being an architect, who can express real world in the view that unfolds in my brain as I go back and forth between the two-dimensional and the three-dimensional. However, I have had question to the way architecture is treated as just a consumer product while I have continued to express my world in architecture. Memories of towns and families can be easily rewritten by architectural commerce. At that time, as I went back to my hometown, I noticed the existence of traditional festivals, traditional architecture, and philosophical ideas that continued to make my hometown been original, but the value seemed to be invisible for a lot of residents. In my recent works, I have been trying to read the historical culture that lies dormant in the town, using the sensibility naturally built into my body by the culture of my hometown, to set up "Story pictures" that are reinterpreted into a modern version, and to depict a four-dimensional world in which the main character, a local resident, evolves their community in the future. 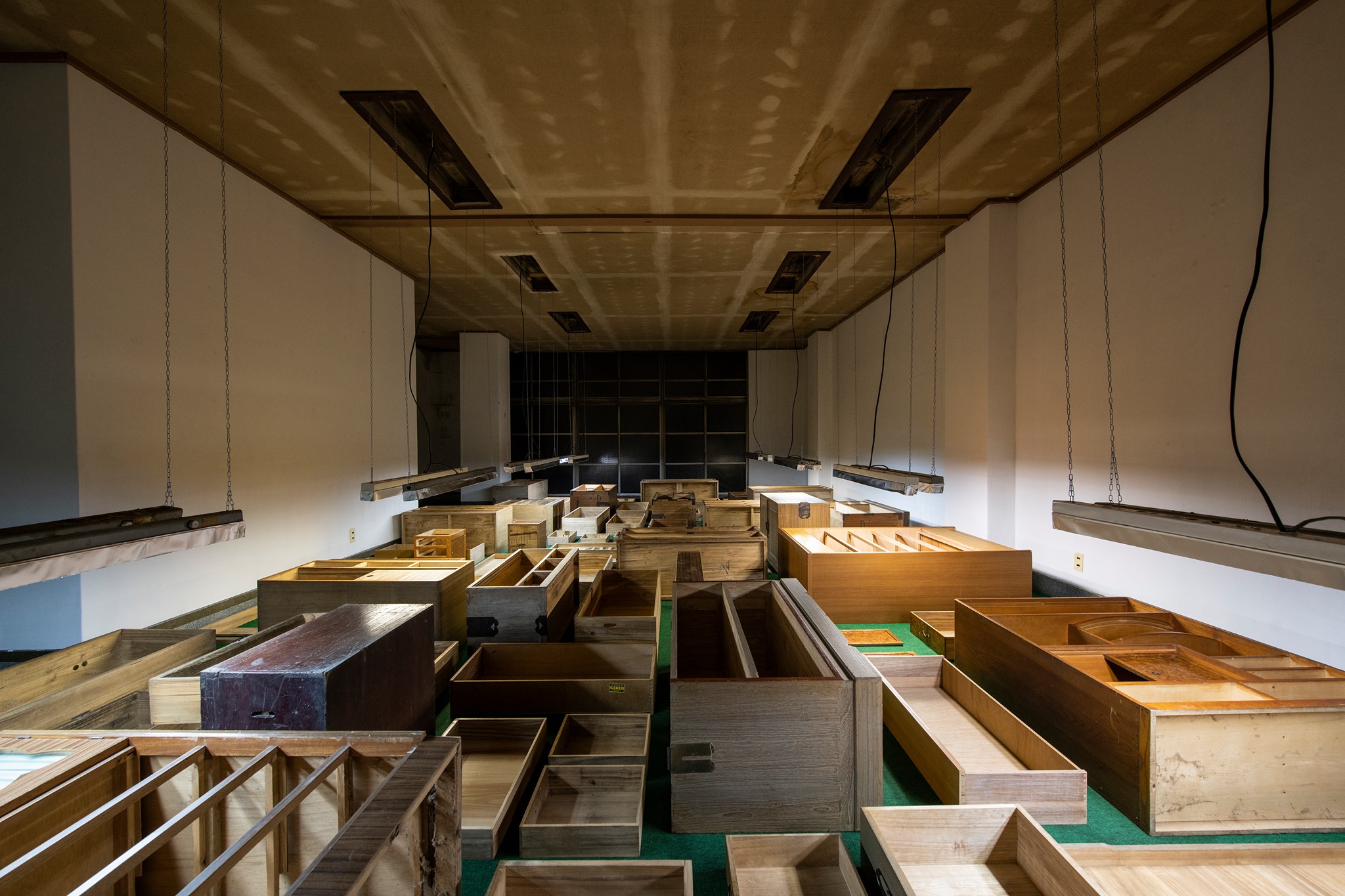 Production year: 2018
Place: Nagaoka City, Niigata, JAPAN
Organizer: Young Art Nagaoka 2017 Executive Committee
Type: Installation
Material: An abandoned building in Nagaoka
Empty chests of drawers are arranged like a group of contrasting "organic symbols" in the empty rooms of an inorganic building. These chests, filled with fragments of memory, have been closed and abandoned for decades, and now, after being opened for the first time in decades, they are empty. Will this chest be thrown away, will it be handed over to someone else, or will it be put to a different use? Or will I re-fill it with something? After viewing the exhibition, I went down the stairs and saw that the town was about to be reset once again. 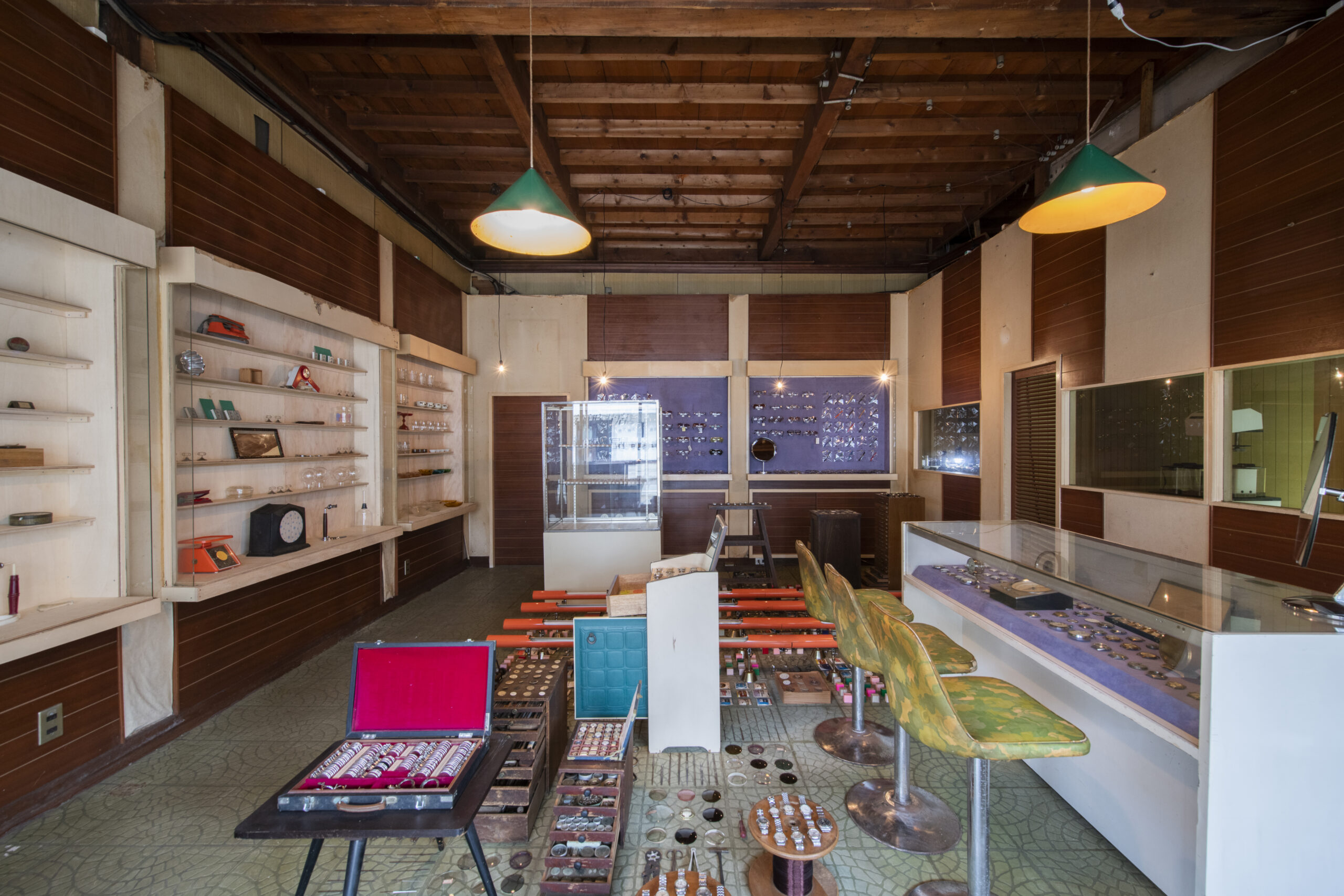 Production year: 2020
Place: Minami-Ward, Niigata City, Niigata, JAPAN
Production: OBI
Organizer: Shirone Machiya Association
Type: Store design, installation
Materials: Old Clock Shop, glasses, clock, lens, household goods, light bulb, plywood
Contents: The Shirone shopping street, which boasts one of the highest rates of remaining machiya buildings, is working to preserve and utilize its machiya buildings, including the former Clock Shop, which had been abandoned over 10 years. By polishing and arranging what at first glance appears to be trash, the treasures filled with memories were handed over to someone else, and the memory clock that had been stopped began to run again. The "Soraya," reconstructed with the things that are already there, will continue to open up one space at a time as a gateway to welcome the new generation and build up the memory of the town. 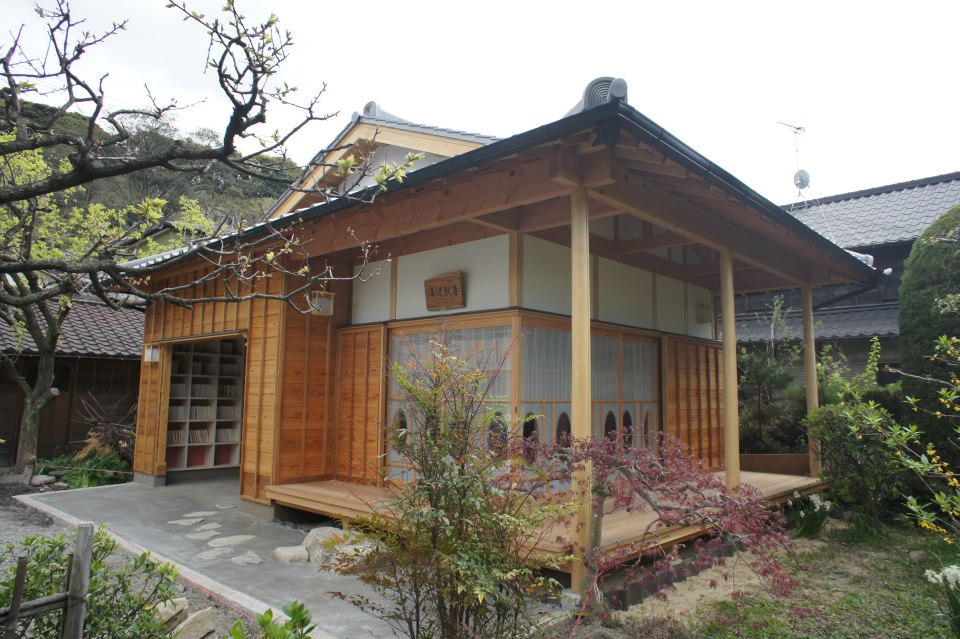 Production year: 2013
Place: Tokai City, Aichi, JAPAN
Contents: It is one of my architectural works.
The owner wish feeling four seasons in the Tea House. I have designed all details.
From spring to autumn, the door can be fully opened and neatly hidden, allowing you to feel the changing of the seasons with the air. Also you can see excellent scenery covered by snow through beautiful windows of the doors in winter.
I am proud of the collaboration between the excellent skills of Japanese carpenters and the delicate techniques of the craftsmen, which resulted in a wonderful architecture.